We all face problems in life. It is fairly easy to keep a positive attitude and keep going when the problem is small, but when we face a bigger crisis, it can be debilitating. Often when we take a hard knock, it is not so easy to get back up. And when we are hit by a barrage of setbacks, it is sometimes easier to just stay down, to just accept a position of compromise, and to let go of your dreams and aspirations.

So many have let go of their God-given dreams and are groveling in the chicken coop of life, instead of fulfilling the destiny and purpose for which they were created.

Today, I want to encourage you to not just accept the tough times as your lot in life. You can get back up. You can shake off the dust and rise again. No matter where you are today or what has happened, you can rise back up.

If life has thrown you lemons, you can let the disappointments and battles cause your life to become sour, or you can choose to rise and use the lemons to make lemonade.

God has called you to be an eagle, but so many are living like chickens, way below their potential. So many have let go of their God-given destiny and are comfortable in the chicken coop, while God wants you to soar. God can mend your broken wings. I believe that you can fly again.

I heard a story about an eagle who thought he was a chicken.

When the eagle was a young baby, he fell out of the nest that was on a mountain ledge. A farmer happened to pass through the valley and found this injured baby eaglet, and took the bird back to his farm where he raised it in the chicken coop.

He asked the farmer if he could try to get this eagle to see himself as an eagle, instead of as a chicken. The farmer was keen to try anything to help this eagle.

The man took the eagle and placed him on a fence. He then spoke to the eagle, “You are an eagle. Stretch out your wings and fly.”

The eagle just looked around confused, first at the man, then at the farmer, and then down at the chickens. He jumped off the fence and went straight back to the chicken coop and started pecking the ground.

The farmer said, “You see. Even though he looks like an eagle, inside he is just a chicken.”

This eagle was comfortable being a chicken in his chicken coop.

But the man was really bothered. He asked the farmer if he could try something else. This time he took the eagle out into the countryside, up the mountainside, away from the farm and the chickens.

At the top of the mountain, on a ledge, he raised the eagle up and said, “It is your time to fly.”

The eagle looked up. The sun was bright. The sky was blue. The eagle lifted his head and stretched out his majestic wings. He then let out a screech and lifted off into the sky.

He soared high and higher, using his powerful wings to glide through the sky. A short while later he was joined by a family of eagles. That day this majestic bird left his chicken coop for good. He began to soar. He was no longer a chicken. He had discovered his destiny. He was an eagle.

It is time to soar.

Isaiah gives a picture of people who are burnt out and broken, barely surviving, not thriving. They were worn out and tired, just going through the motions, with no hope for the future.

God told his people through the Prophet Isaiah, “How can you say the Lord does not see your troubles? (Isaiah 40:27)

Isaiah continued, “He (God) gives power to the weak and strength to the powerless.” (Isaiah 40:29)

If you are weak and powerless, know that God can make you strong.

God went on and encouraged his people saying, “Even youths will become weak and tired, and young men will fall in exhaustion. But those who trust in the Lord will find new strength. They will soar high on wings like eagles. They will run and not grow weary. They will walk and not faint.” (Isaiah 40:30-31)

God told his broken and weak people to lift their weary heads, to look to him, to wait on him, because he is willing and able to lift them up, out of the garbage dump of life. And God can do the same for you.

Today, God is calling you to look to Him as your Savior. Wait on him. Trust him. God is able to renew your strength. He is also willing and able to lift you up on wings like eagles, so that you can soar high.

God is calling you to fly once again. He can mend your broken wings. He can lift you up. Good doesn’t want you to just be a chicken, scratching around in the dust of the chicken coop, looking for worms, and pecking the grain. He wants you to look to him, to look up, to lift the lid, to fly, to soar. I believe that God wants to catapult you into your destiny.

“For I know the plans I have for you,” says the Lord. “They are plans for good and not for disaster, to give you a future and a hope.” (Jeremiah 29:11)

This scripture was written to God’s people who had let go of God. They had turned their back on God and had ended up in captivity, exiled to a land that wasn’t theirs. They were barely surviving. Times were tough. They had let go of their dreams. They thought there was no hope and that this was their lot in life.

In the middle of their hopeless situation, with nothing to look forward to except misery and pain, God gave them this word, through the prophet Jeremiah, that he still had a plan for their lives, a good plan, not to harm them but to give them hope and a brighter future.

God went on and said, “In those days when you pray, I will listen. If you look for me wholeheartedly, you will find me. I will be found by you,” says the Lord. “I will end your captivity and restore your fortunes. I will gather you out of the nations where I sent you and will bring you home again to your own land.” (Jeremiah 29:12-13)

This shows God’s heart for his wayward people. Even though they had neglected God, God reached out to them. When they were down and out, God lifted them up. He helped them to dream again, to lift the lid, to set their sights once again on God first, to get their priorities and focus right, with God at the center.

Although they were stuck in the chicken coop, God was about to launch them into their destiny.

You may find yourself in the chicken coop of life. You may have given up on your dreams. You may have taken so many hard knocks, that you have let go of your destiny. Maybe you are just going through the motions. It’s easy to get complacent and comfortable in the dirt of the chicken coop.

Your life may seem dark and gloomy. You may feel weak and weary. You may have nothing to look forward to. You may be bitter with a sour taste in your mouth.

God is strong and mighty. He can revive your life. He can renew your strength. He can lift you up.

Psalm 113 tells us, “Who can be compared with the Lord our God, who is enthroned on high? He stoops to look down on heaven and on earth. He lifts the poor from the dust and the needy from the garbage dump. He sets them among princes, even the princes of his own people!” (Psalms 113:5-8)

God sees all. He knows what is happening in your life. He wants to lift you up, out of the dust, and out of the garbage. He wants you to soar.

Lift up your weary head.

“Those who trust in the Lord will find new strength. They will soar high on wings like eagles. They will run and not grow weary. They will walk and not faint.” (Isaiah 40:30-31)

What awaits you in the future beyond the grave? Are you prepared for eternity? If you find this blog post helpful and encouraging, please leave a like and don’t forget to leave a comment in the comment section, located at the bottom of the post. Join us by subscribing! We would greatly appreciate your input…

Are your financial affairs in order? Many think that this is a daunting task, but those who set up a plan and review their financial affairs at regular intervals are much more likely to produce positive results. If you find this blog post helpful, we would greatly appreciate a like and a comment below. God…

WATCH OUT FOR BITTERNESS, ANGER, RESENTMENT, UNFORGIVNESS AND OFFENCE. IT CAN RUIN YOU. BUT THERE IS A WAY OUT… Many people ruin their lives and their health by eating the poison of bitterness, resentment and unforgiveness. When you hold onto grudges, and unresolved anger, and when you allow offence to build up in your heart,…

The world can be a scary place at times. You may be fearful of sickness and death. You may be panicking about losing your wealth and job. You may feel cut-off, disconnected and isolated. We are living in uncertain times.    GOOD NEWS There is so much bad news all around, but Jesus came to bring… 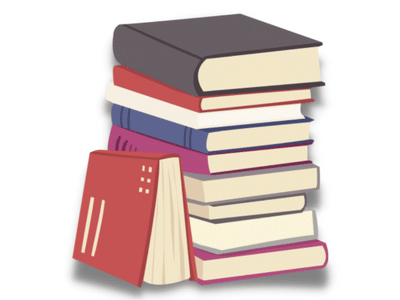 We use cookies on our website to give you the most relevant experience by remembering your preferences and repeat visits. By clicking “Accept”, you consent to the use of ALL the cookies.
Do not sell my personal information.
Cookie settingsACCEPT
Manage consent

This website uses cookies to improve your experience while you navigate through the website. Out of these, the cookies that are categorized as necessary are stored on your browser as they are essential for the working of basic functionalities of the website. We also use third-party cookies that help us analyze and understand how you use this website. These cookies will be stored in your browser only with your consent. You also have the option to opt-out of these cookies. But opting out of some of these cookies may affect your browsing experience.
Necessary Always Enabled
Necessary cookies are absolutely essential for the website to function properly. This category only includes cookies that ensures basic functionalities and security features of the website. These cookies do not store any personal information.
Non-necessary
Any cookies that may not be particularly necessary for the website to function and is used specifically to collect user personal data via analytics, ads, other embedded contents are termed as non-necessary cookies. It is mandatory to procure user consent prior to running these cookies on your website.
SAVE & ACCEPT
%d bloggers like this: